The World Bank, together with its partners the Cadmus Group and Kyiv International Institute for Sociology (KIIS), conducted quantitative and qualitative data collection in late 2016 and early 2017 to better understand the socio-economic impacts of displacement and veteran return. This included interviews with over 4,000 internally displaced persons, veterans, and representatives from host communities as well as more than 20 focus group discussions across Ukraine.  The research seeks to fill key data gaps on the development dimensions of the crisis, including impacts on welfare, services, employment, return intentions and attitudes toward national and local authorities among conflict-affected populations. 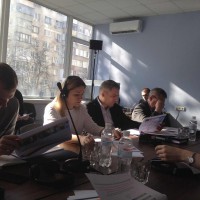 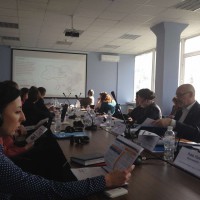 Among the participants of the panel was Doctor of Economics and Professor I.V. Zablodska. She noted that the study was thorough and efficient. However, every Ukraine’s region had its own special problems associated with IDPs. Given the concentration level of the IDPs within the community, the problems are exacerbated or graded by the community. The obtained results of sociological surveys reflect all the problems of the IDPs, but in every region of Ukraine they have different rank of priority.