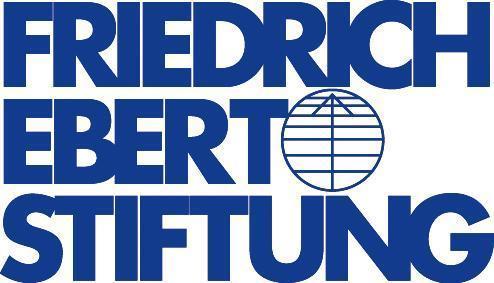 of the Institute of Economic and Legal Research of the National Academy of Sciences of Ukraine, the Association of Scientists-Internally Displaced Persons

and the Friedrich Ebert Foundation

“ECONOMIC AND LEGAL MEANS TO STIMULATE

The Institute for Economic and Legal Research of the National Academy of Sciences of Ukraine, the Association of Scientists – Internally Displaced Persons and the Office of the Friedrich Ebert Foundation in 2018 cooperate in the framework of the Joint Research Project “Economic and Legal Means to Stimulate the Donbas Region Development”.

The priority to take into account in the State policy of Ukraine the unprecedented processes in the Donbas, caused by the large-scale and long-lasting military conflict that leads to significant human, moral, socio-political, economic and environmental losses, is absolutely obvious. These losses have a very negative effect on the economic potential of the entire country. Conducting in Ukraine a whole range of urgent political and administrative, economic and social reforms opens up the possibilities for a cardinal and effective response, but at the same time this requires a precise harmonization of the specific innovations addressed to the Donbas with the commitments that our state has assumed under the EU-Ukraine Association Agreement.

The Project is based on empirical research that will take place during the work of Project experts with stakeholders directly in the Donetsk and Luhansk oblasts, as well as applied theoretical and comparative studies.

The Project activities, which will last from March to November 2018, include: visits of Project experts to Donetsk and Luhansk regions for holding workshops, consultations and interviews with representatives of local authorities and local self-government bodies, chambers of commerce, public organizations and population of Donbass; two regional round tables in Kramatorsk and Severodonetsk; the final round table in Kyiv; preparation of the scientific and practical analytical materials and the final Project report, its publication and public presentation.

The Project objective: to prepare the assessment and analyses–based substantive scientific and practical proposals for the state and local authorities, business environment and civil society of Ukraine regarding the developing new and improving existing economic and legal means of stimulating the development of the Donbas economy.

The Projects’ expected results will include the following:

2) identification of the key issues that determine the negligible effectiveness of economic transformations in the Donbas, with a clear specification of their nature (due to military events, outdated economic model of management, etc.);

3) a scientific-practical analysis to define the particular approaches of application of economic and legal mechanisms of the Donbas restoration in the context of the EU-Ukraine Association Agreement requirements;

4) proposals on the development of perspective forms of the state-private partnership with regard of the specifics of economic processes in the Donbas;

5) proposals on deregulation of economy, simplification of doing business on the territory of the Donbas;

6) proposals on improving the legal regulation of establishment of technical and engraining (scientific and technological parks) and industrial investment zones (industrial parks);

7) assessment of the possibilities to introduce a special economic activities’ regime on the Donbas territory;